Create Outbound interface as “Account_Out” and provide the necessary details.

Specify the Outbound adapter as shown below.

Download the WSDL and import it into SAP PO for mapping. 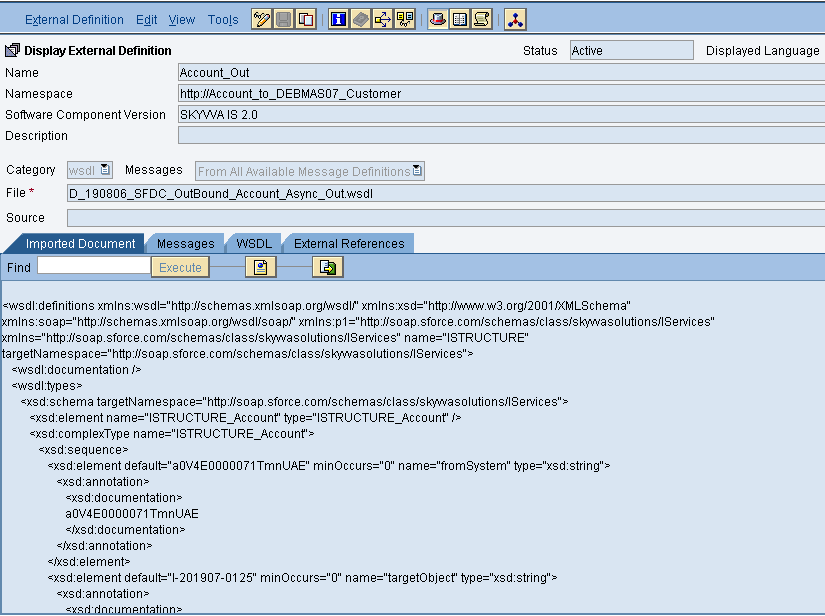 As we are sending data to SAP. Here we are using DEBMAS07 Idoc as a target structure. Import Idoc from SAP and activate it. 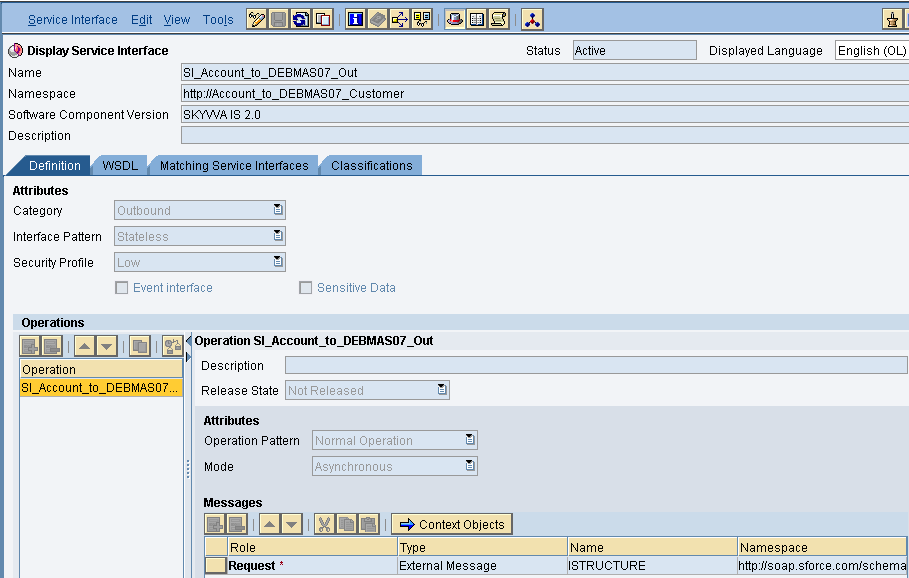 Create message mapping as shown below 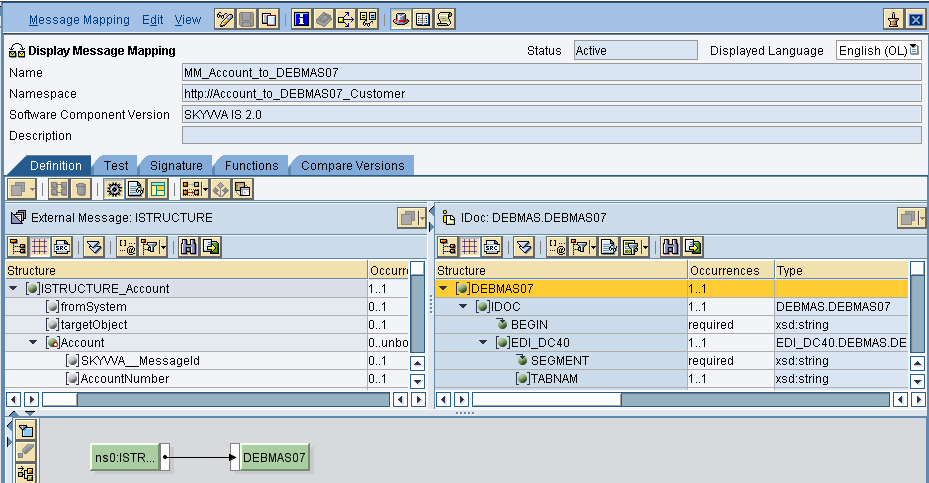 We need to select the Quality of service as Exactly once in order and give the queue name as shown in the screenshot below. 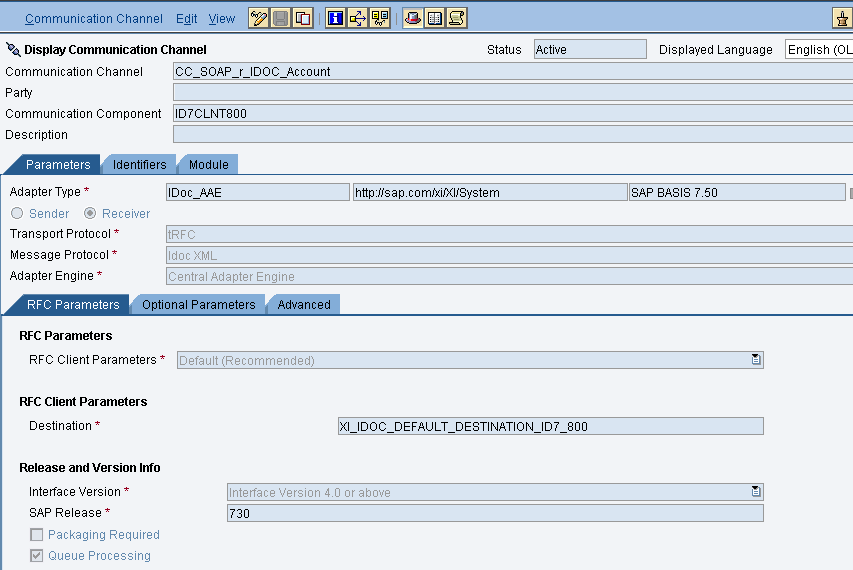 Messages got delivered to SAP successfully from PO.